The Festival is run by a committed core of volunteers who work year round to make the festival happen. 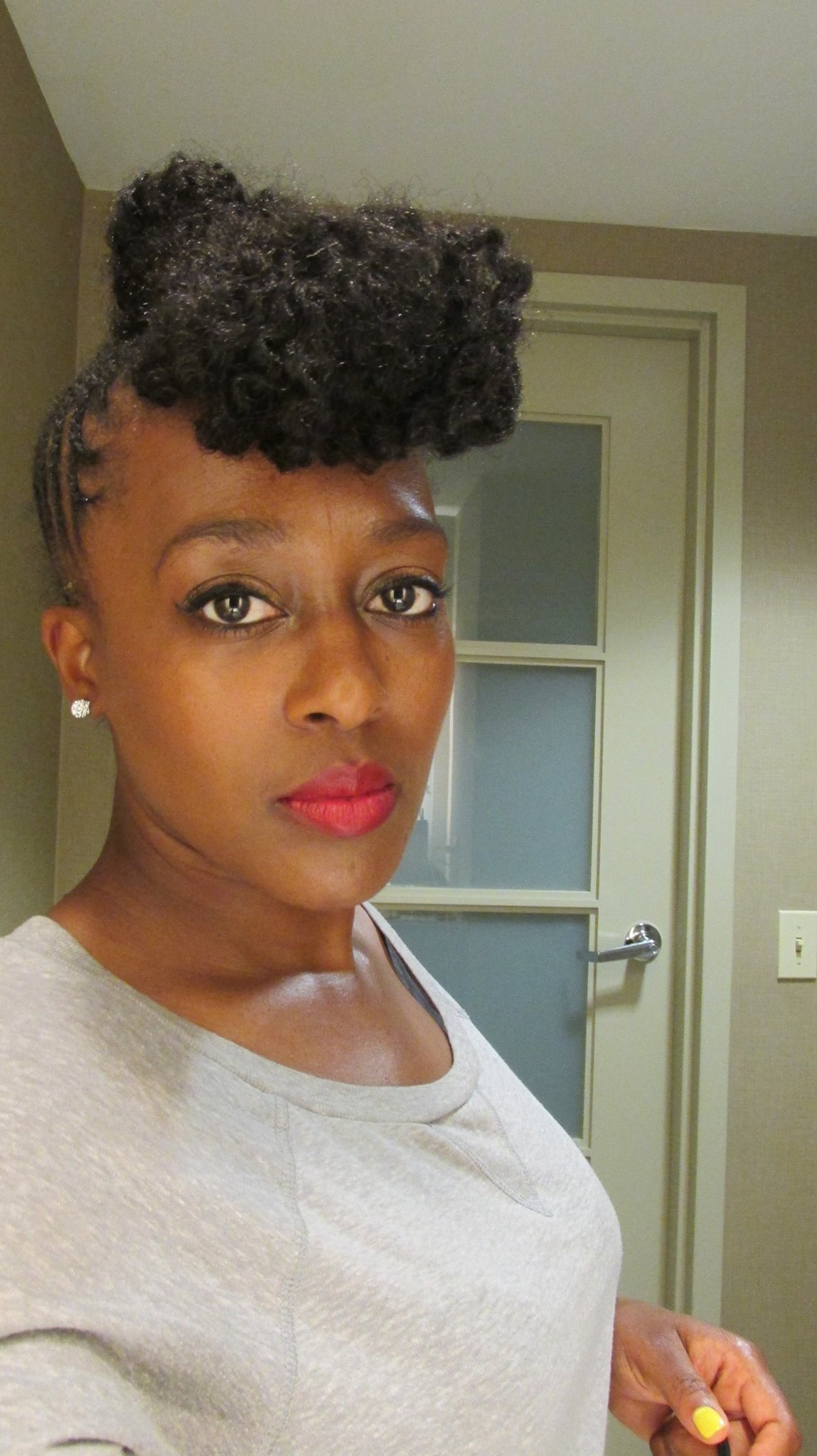 Ms. Chatman is a director, educator, producer and founder of The Tofu Chitlin’ Circuit (“TCC”), located in the Bronzeville district of Chicago. TCC is a conservatory that allows directors, playwrights, and designers to create works that speak to their community at large.

TCC’s collection of artists are seeking to break the norms of what is considered “conventional theater.” By no means do they have all of the answers, which is why they have developed monthly artist talks called The À La Carte. Each month is denoted by its delectable edition (Black eyed peas, candied yams, collard greens, etc.).

Ms. Chatman is an alumnus of the Lincoln Center’s Directors Lab in New York. Her directing credits include The Trip to Bountiful (Assistant Director), St. James Infirmary (Assistant Director to Harry Lennix), Drip!, The Dear Cora Trilogy with Cheryl Lynn Bruce (Assistant Director), Safia Bernard’s Relationship Games, Let the Circle be Unbroken, Heads, Poof!, Sugar Mouth Sam Don’t Dance No More, For Colored Girls, Beulah’s Land,and The Mojo and the Sayso. She is a former artistic associate with Congo Square Theatre, and is the performing arts instructor at University of Chicago Charter School where she has written and directed countless performances. 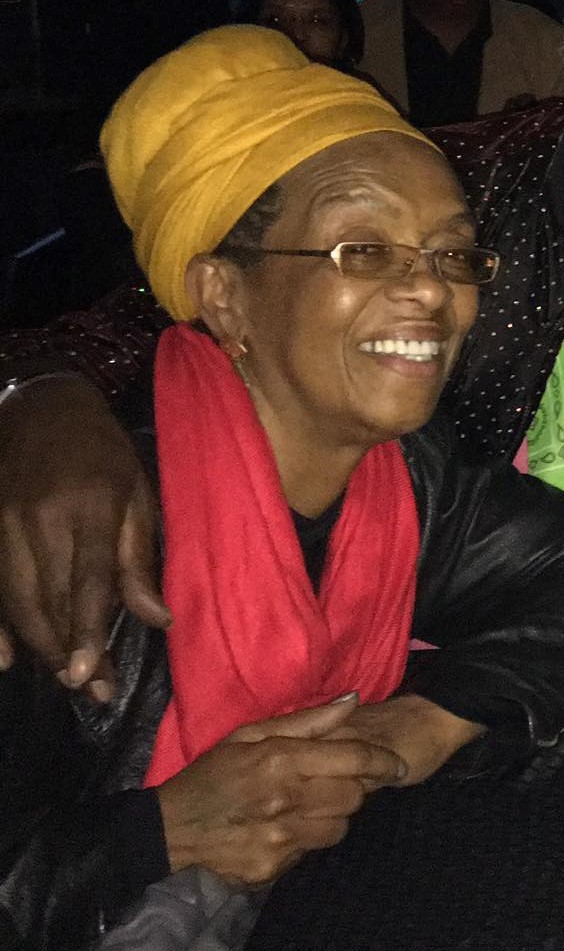 Saidah helped create and implement operational procedures for African American World Festival in Milwaukee WI and taught photography basics for Milwaukee Public Schools before spending a year living in the Henan Province of China, during which time she mentored students, collaborated with IT professionals and shared photography principles.

Saidah recently completed 5 years as a congressional staffer for the US House of Representatives and is currently a
contributing photographer for the Annual Ethiopian Festival in Silver Spring MD, an upscale Ethiopian inspired event featuring educational, cultural and contemporary components and for Docs In Progress, a non-profit organization also based in downtown Silver Spring that offers an array of programs for documentary filmmakers. 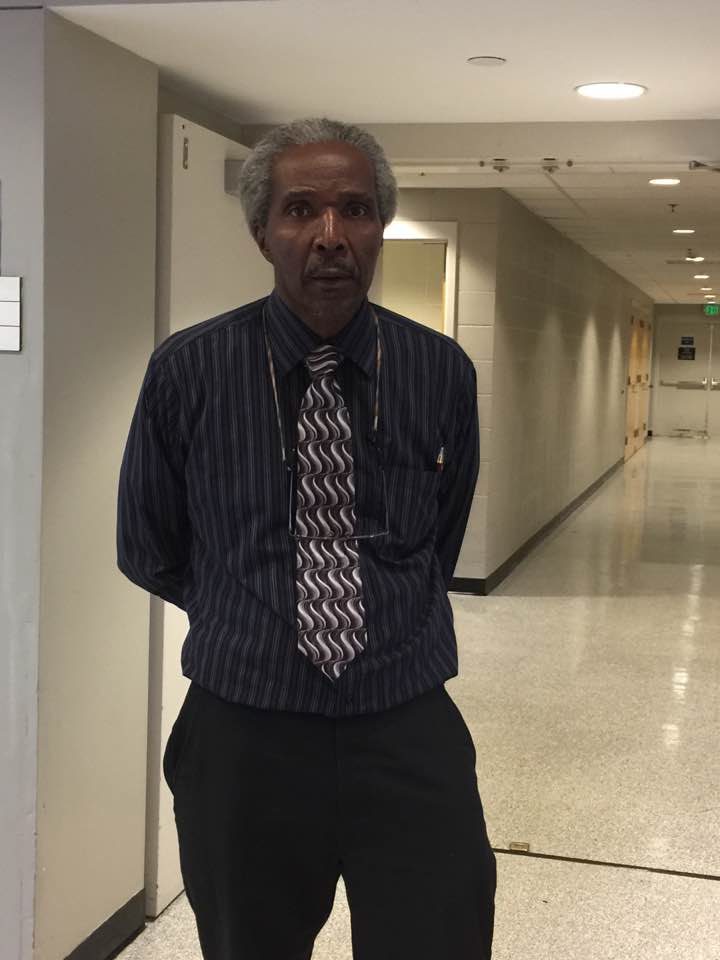 Walter Nelson Jones, GIBFF Board Chair
Walter Nelson Jones returned to Gary, Indiana after serving two years as a volunteer in the United States Peace Corps. He completed his service to Sierra Leone in ’92, having not lived in his hometown for 18 years.His service record to his hometown include work with adults as a literacy volunteer of America, community theater with morning bishop playhouse theater company and many late nights, hosting jazz and poetry shows. He is a national home gardening club life member currently stewarding a home garden whose location is a closely guarded secret among artisan garlic aficionados. He works with community garden project that welcomes all visitors.

His service to tomorrow’s youth has included mathematics instructor for a middle and high school program, academic advisor at Purdue Calumet, and currently substitute teaching within the Gary community school system.

He has earned both his BS and MS from Purdue University West Lafayette, IN.

Along with gardening, writing and photography are still favorite hobbies. He continues to utilize humor and humility along his journey towards personal enlightenment and compassionate understanding of humanity. 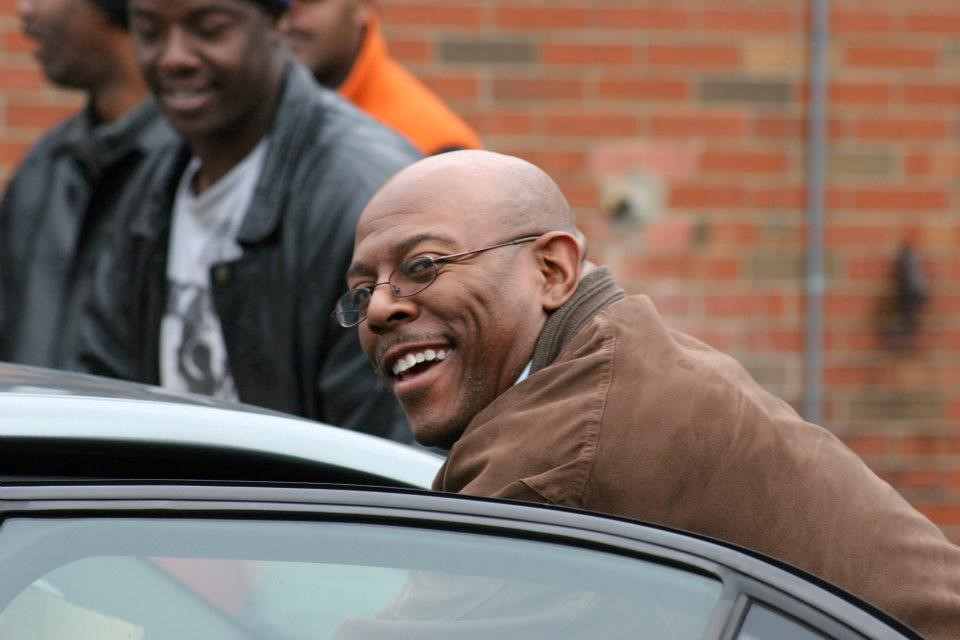 Lester is abusinessman and local civic leader whose work and commitment reflect his love, faith and passion for family and his hometown of Gary, Indiana. Lester is a proud father, husband and business leader who believes in the future of Gary. 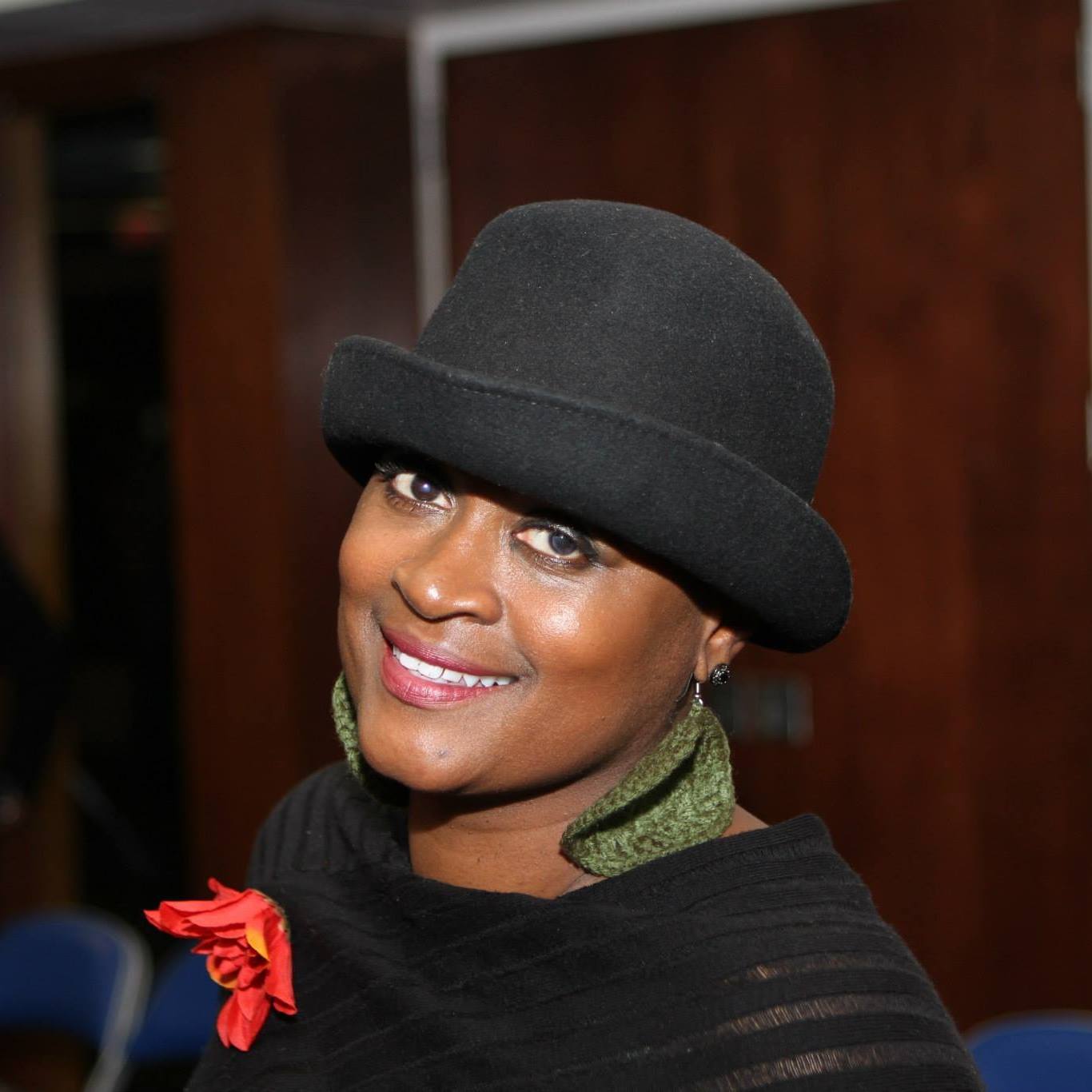 Ludeen Kilgore
Ludeen B Kilgore, a native of Gary, Indiana studied Public and Environmental Affairs at IUN. As a former flight attendant and international traveler, Kilgore has lived in multiple cities throughout the US and abroad. Ludeen is also a board member with Lake County Minority Health Coalition. 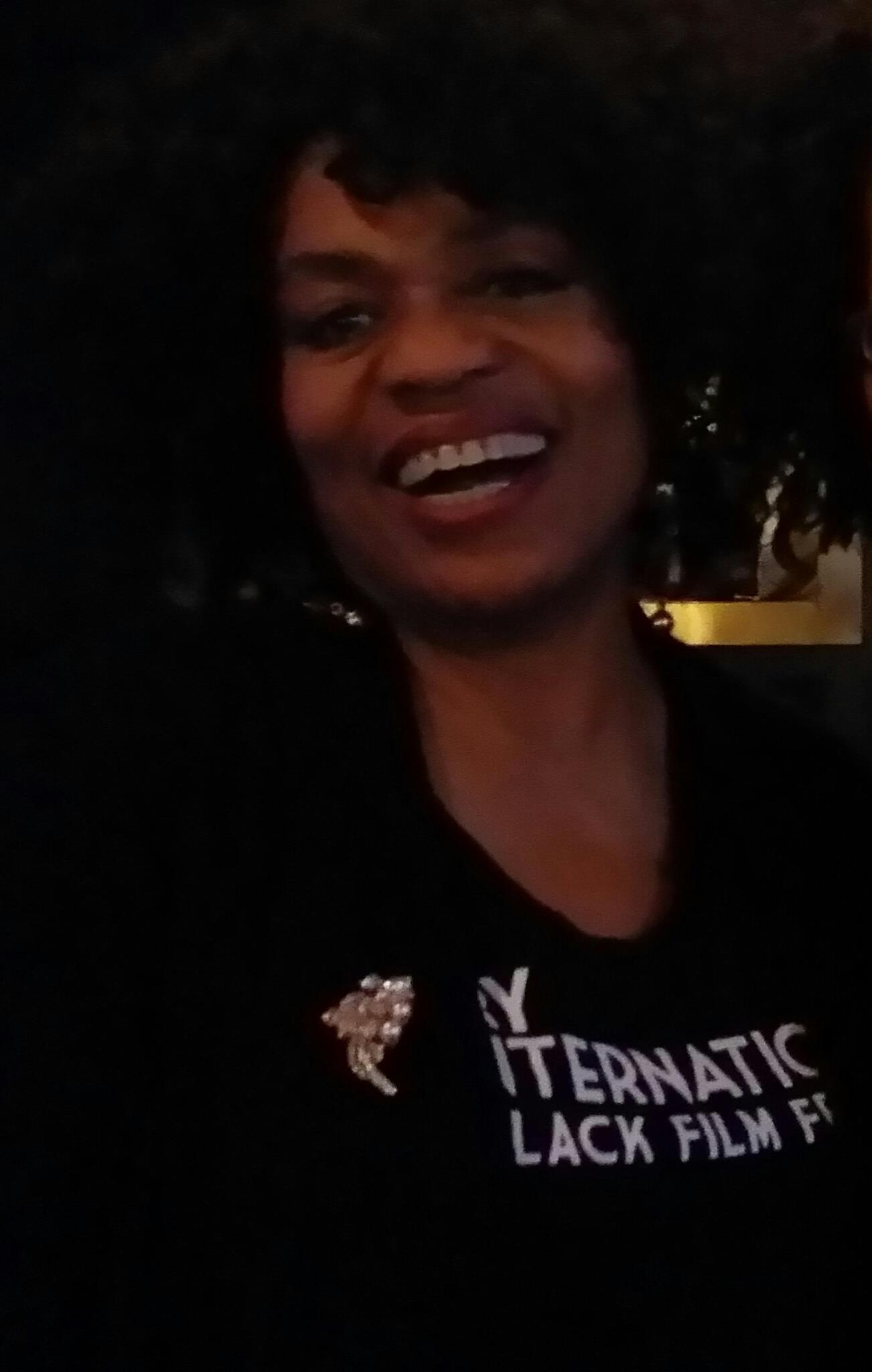 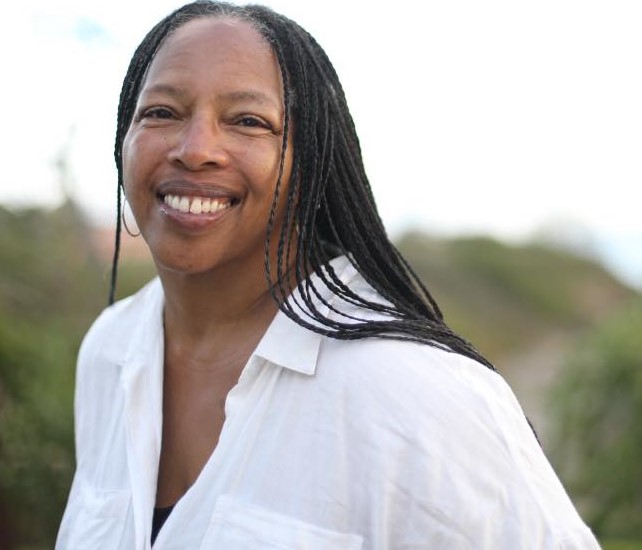 Karen is a grassroots organizer, cultural worker and consultant for non-profit arts and social justice organizations. Her work includes base-building and collaboration on media justice and media policy initiatives through her work
on the ground and on the boards of national media advocacy organizations including the Media and Democracy Coalition and the Alliance for Community Media in Washington, DC along with Reclaim the Media, in Seattle, WA.

For 14 years, Karen has served as Consulting Producer for Seattle’s Langston Hughes African American Film Festival and is the founder of the Gary International Black Film Festival in her hometown of Gary, IN.

Her professional background includes start up, management and development of community-based media centers in Indiana, Wisconsin, North Carolina and Washington.

Karen is the proud mother of two amazing young activists, Hannah and Nicholas 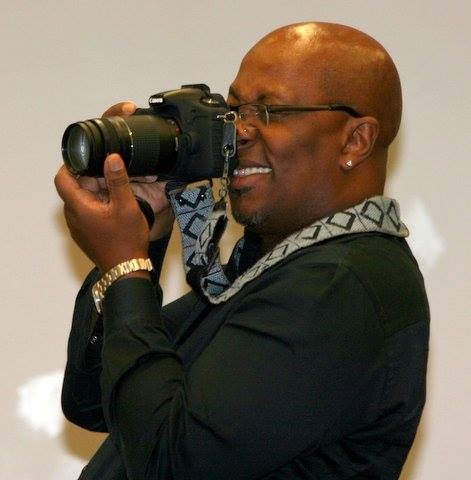 wu Brnfre (1967-20014)
Kelechukwu Brnfre was a dynamic artist and public speaker who has been performing since 1990 after leaving the US Marines as an Embassy Security Guard. Born Kelly Comer, he changed his name in 1993, choosing an African name with a derivative sound of his former name because of what he calls the encouraged global disrespect and insensitivity of Black men defining themselves. This is reflected in his writings and he uses a charismatic humor to raise the level of consciousness of the listener.

Starting Beautiful Soul with his own resources, Kelechukwu and his partner, K Sims, created a forum for talent in Gary and surrounding areas. He believed in the ingenuity of people and their ability to always create regardless of the environment.

Kelechukwu penned two books,  compiled an anthology of his works, recording a CD entitled “Educated Fools” and has several poetry mix tapes. He remains active in the community specializing in interaction with so-called troubled youth. Kelechukwu’s signature poems include “Educated Fools”, a poem about degreed arrogance; “Zero”, a poem about the dynamism of women; and, “Bittersweet Memories”, a poem about Michael Jackson’s effect on Gary. Indiana. He was part of  one of the first successful poetry nights in Gary and has also performed in Chicago, St. Louis, Philadelphia, Atlanta, Los Angeles, Seattle and Washington DC.

Where most people see apathy, Brnfre sees opportunity. He is a very serious businessman with endless ideas about the transformation of any inner city into a source of revitalization, especially through the arts.

“The poet is key into giving a voice to emotions and the businessman is key in providing revenue to afford the artists space to perform and changes in society based on the people’s needs that should be articulated by the artists.” – Kelechukwu

Your gift matters to us.

Get the Latest Updates